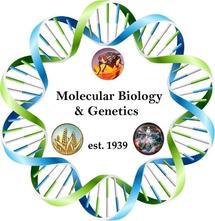 Cold Spring Harbor, NY —Autism as other neurodevelopmental disorders have their early origin in the brain with the emergence of imperfective connections between nerve cells. Rett syndrome as one of such disease is marked by the failure of a specific gene MECP2. Cold Spring Harbor Laboratory (CSHL) team has published results of experiments in mice with MECP2 mutations which impair affected individuals later on in life.

Rett syndrome in humans may be observed predominantly in females. In mouse models researchers have shown that failure of Mecp2, the mouse equivalent of the human gene responsible Rett syndrome, is able to prevent adult females from learning how to gather newborn pups within few days after the pups’ birth. “Pup-gathering behavior is a well-studied behavior in rodents, and an excellent way of testing the impact of Mecp2 mutations on the brain in females of child-bearing age,” explains CSHL Associate Professor Stephen Shea, heading the research team. “Although many people with Rett syndrome have severe handicaps…, they frequently live well into adulthood,” notes Keerthi Krishnan, Ph.D., now at University of Tennessee at Knoxville. She together with Billy Lau, Ph.D., performed major experiments at CSHL. “This is the first study in Rett syndrome we’re aware of that explores how brain functions related to an experience-based natural behavior affect the adult female brain,” Krishnan says. The team discovered that in the five days posterously to the pups birth, Mecp2 gene expression is required to assist female adults in learning how to gather wayward pups into a nest. Videos demonstrated the inability of pup-retrieval by female mice with impaired Mecp2 expression if placed in the same cage as a healthy moms.This inability to learn was traced by the team to a cascade of failures at the molecular level. Both affected and unaffected females have been indicated to increase production of so-called  GAD67 enzyme. The enzyme, in turn, boosts the synthesis of GABA neurotransmitter. These chain apparently caused normal neural plasticity to go haywire in affected females. Central to this deficit were so-called parvalbumin (PV)+ neurons that released GABA in the auditory cortex. In mice with Mecp2 mutations, these PV+ neurons expressed increased PV concentrations, a signaling protein. At gathering newborn pups, adult female mice expressing a mutated and impaired Mecp2 gene were unable to learn the behavior, which is normally triggered by the pups’ high-pitched squeals. It happened since neural network in the auditory cortex processing  the sounds was literally handcuffed. These PV+ neurons also deployed so-called perineuronal nets (PNNs). PNNs are cage-resembling sets surrounding single PV+ neurons, thus maybe confining their ability to stretch out threadlike dendrites to form synapses with other neurons.

Thus a critical window of hypersensitivity to sounds made by newborn pups during which neurons in adult females must be able to connect with others in order to learn a key behavior has been determined. “This window of vulnerability reveals a role of Mecp2 mutations in facilitating adult plasticity, and this is distinct from the impact of these mutations on early development of the same individuals,” Krishnan points out. Using genetic and pharmacological techniques the team was able to change GABA contents in neural networks of the auditory cortex, restoring the ability of adult female mice to learn how to retrieve pups in the critical five-day window following the birth of pups. Shea suggests this restoration reflects the ability of neurons in the auditory cortex to correctly perceive the vocalizations of pups, something the adult mice modeling Rett syndrome are unable to do. The lab’s work on plasticity and learning is in progress. Various Mecp2 mutations are expressed in different individuals. In males, with a single copy of Mecp2 due to its X chromosome positioning, a severe mutation in the gene may appear to be fatal. Females with Rett syndrome, possessing two copies of Mecp2 on both X chromosomes, typically have only one imperfect copy. Whether their “good” or “bad” copies of the gene are expressed is a random phenomenon, helping to explain the wide range of impacts Mecp2 mutations can have in different female individuals.This study was supported by Simons Foundation Autism Research Initiative (SFARI), National Institute of Mental Health, Brain and Behavior Research Foundation and International Rett Syndrome Foundation.